Those who forget the past may be obliged to re-write it. My great-grandfather, Ulst-Heinrich von Pfefferknudlerhorst, once said that; “You may think you’re right, but only the man in the big house on the hill can say for sure.”

I think what Boom-Papa Ulst-Heinrich meant by this was more like, might makes right, he who has the gold makes the rules, poor people like us can’t afford opinions, you can lead a horse to water, etc. You get the idea.

It’s a complicated thing. I know for sure that there was a lot of heavy metals in the water around his house and he had his share of peculiarities. For example his real name was Eddie Finkle and he lived his entire life just outside Tonganoxie, Kansas. He adopted the name Ulst-Heinrich von Pfefferknudlerhorst after a blow to the head from a falling beam in his sod house. Following the same event he discovered he could understand the native language of game birds. It lead to him writing an “Pheasant-English Handbook of Common Phrases” or “Fasan Grammatik für die Engländer” in his newly acquired language. In truth, the German version of the book’s name was the only foreign phrase he knew or needed to know as the book was written in and for pheasants. It never sold well but did lead to a coven of followers who called themselves the Pheasant Babblers (who still exist as the Noyes County Auctioneers, LLC).

I know all this calls into question any wisdom that might be winnowed from anything he said, but consider this, it was he who made up the familial honorific “Boom-Papa” and insisted upon being addressed as such by everyone and the name he pulled out of thin air was pretty cool, especially around turn-of-the-century Tonganoxie.

It is important to keep in mind that there were no hills anywhere around his house or big houses for that matter.
Posted by Jack Vander Beek at 4:26 PM No comments: 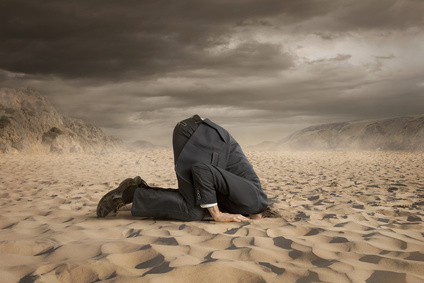 You rush to the big Conference Room, briefcase in your left hand, portfolio case in your right. You’ve got the charts and numbers, the cartoon ads and logo changes, an entirely new Ad Campaign with a completely new approach.

You worked hard over the previous week and all last night polishing the presentation, because Ms. Tatum-Holstein, from the Chicago Regional Head Office is going to be there.

She’d like to hear something that might save her division and possibly the whole company. She’d like you to make the public forget the “less-then-ideal” product launch for “Wholesome O’s” you staged last month, in which an entire mobile petting zoo was crushed by a falling shipping container, which happened to be adorned with a giant company logo.

Unfortunately, the roll-out plan included live coverage of the event so all this was shown on a CBS-Affiliate live television feed, complete with a crowd reactions ranging from fainting to vomiting to catatonia, which has since come in 2nd only to “Gangnam Style” for number of views on YouTube.

Entering the room you stop, it’s empty, most of the chairs have been overturned and broken, the contents of two entire trays of pastries have been thrown against the wall, the carafes of coffee are smashed against the plate glass windows and there’s a good deal of blood on the table.

You can see now that your memo may have been a mistake and that your assurance, that none of the baby animals suffered, may have fallen on deaf ears.

Posted by Jack Vander Beek at 1:49 PM No comments:

The Endless Quest for Better Excellence 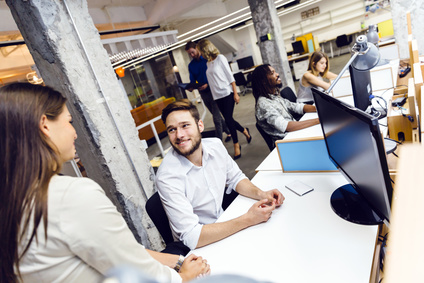 Today we turn our attention and our thanks to an un-remembered and largely forgotten resource that we nevertheless, owe a great many of our thanks to, the tireless writers of today's websites, particularly one in general. A small group of thankless heroes with a unique and special story.

The Rising-Gorge Writers Collective was the brain-child of Anders Bingleton and "Tepid Rod" Stansbury, both professional journalists from metropolitan newspapers of the 1950's. Bingleton, with his shock of unruly red hair and crooked smile, wrote a social advice column for The Ottumwa Weekly Herald. Rod Stansbury, standing just over five feet tall, covered the Lost & Found Animals beat for Hays City Today.

Both Bingleton and Stansbury held the mandate of the free press in the highest esteem and were always looking for new ways to advance the profession and even though their work was 200 miles apart, fate had plans to bring them together for a great purpose.

It was 1957 when they met at a press conference held by Dar-Lou Rendering Resources, Inc. in Smothering Kin, Nebraska introducing "A Cheaper Bio-Alternative to Newsprint", and discovered their mutual love of the 5th estate and fabrics in remodeling. They immediately quit their jobs, moved in together beginning a lifelong journey of excellence in journalism, which ultimately lasted 2 years, when they both tragically transitioned into the afterlife while picnicking, in a fiery episode involving Stansbury's Pontiac Catalina, two five-gallon cans of gasoline and some undetermined refreshments.

Their end was untimely, but not surprising, and not before they were able to create and fund an ongoing organization for writers of burgeoning talent and scope; The Rising-Gorge Writers Collective.

Today, The Rising-Gorge Writers Collective has its spacious, well-appointed headquarters just outside Tenino, Washington and boasts some of the newest and most interesting writers in the business. Among the exciting work going on there, a division of the collective known only as the Mollification Project has created the fabulous new website "Somebody Owes Me an Apology.com" which is taking the internet by leaps and storms.

So you can be sure that the midnight oil is burning brightly and copiously in the caverns of creativity and no stone will remain un-turned in the never-ending quest to bring a new day to the night which covers journalistic excellence, by The Rising-Gorge Writers Collective.

So let's take a moment to say "Thank You" to those intrepid and compass-less pioneers of future history, whoever they are.

Posted by Jack Vander Beek at 1:18 PM No comments:

All stories are Copyright © 2016 Jack Vander Beek, except where otherwise noted.

What the world should know about me.